Relationship between Internal Corporate Governance Mechanisms and Shareholder Value in the Banking Sector in Bangladesh: The Mediating Effect of Non-equity Stakeholders 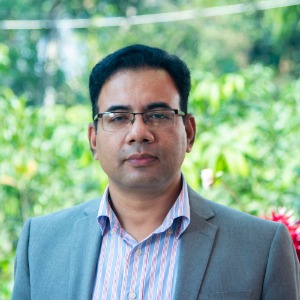 The study aims to shed light on the debate, and hence offers an alternative model, namely the “Non-equity Stakeholder Model of Corporate Governance” that argues corporate governance mechanisms should be non-equity stakeholders (e.g. customers, suppliers, employees, the society, and such others) value-oriented instead of exclusively shareholder or stakeholder value-oriented. Accordingly, the proposed model suggests that internal corporate governance mechanisms (ICGMs) should be developed in a way that they positively influence firms’ non-equity stakeholders (NESHs), which, in turn, have an effect on shareholder value (SHV). Hence, the hypothesis of the proposed model is that there is no direct relationship between ICGMs and SHV, rather NESHs mediate the relationship. Based on this hypothesis, the current study attempts to examine for the first time the mediating effect of non-equity stakeholders (NESHs) on the relationship between internal corporate governance mechanisms (ICGMs) and shareholder value (SHV) in the listed banking companies in Bangladesh.

There are three key variables associated with the study. Firstly, internal corporate governance mechanisms (ICGMs) required to “comply or explain” by the listed banks in Bangladesh, referred to as independent variables in the study. The study examines nine ICGMs include: board size (BdSize), sponsors’ and directors’ shareholding (SdSh), institutional shareholding (InstSh), general public shareholding (PubSh), proportion of independent non-executive directors (INEDs), CEOs’ compensation (CeoCom), presence of independent audit committee (ExaudC), size of audit committee (SizeaudC) and audit committee meeting (AudcM). Secondly, shareholder value (SHV), referred to as the dependent variable, which is proxied by three alternative variables, such as (1) return on equity (ROE) under the accounting return-based measures, (2) Tobin’s Q (TQ) under the market-based method, and (3) economic value added (EVA) under the value-based measures. Finally, non-equity stakeholders (NESHs), known as the mediating variable, which refers to the relationship of NESHs with the sampled banks. It is a composite indexed value calculated as the arithmetic average of the combined scores of the relationship of borrowers, depositors, employees and the society with the sampled banks.

The study has used panel data of 29 out of 30 banks listed on the Dhaka Stock Exchange (DSE). All the required data have been collected from the annual reports of the respective banks. The Ordinary Least Squares (OLS) multiple regression equation is employed to examine the relationship between variables. While the “three-step” approach suggested by Baron & Kenny (1986), and for a supplementary test, the “difference in coefficients” approach suggested by Judd & Kenny (1981) are employed to determine the mediating effect of NESHs on the relationships between ICGMs and SHV.

On the other hand, the supplementary test conducted by the “difference in coefficients” approach finds that the relationships between all ICGMs tested and SHV, regardless of the measures used for shareholder value, are mediated by NESHs, except for SizeaudC and AudcM as shareholder value is measured by EVA. These empirical results support the premise that internal corporate governance mechanisms (ICGMs) first account for non-equity stakeholders (NESHs), which, in turn, affects shareholder value, providing concrete support for the “Non-equity Stakeholder Model of Corporate Governance”. A series of robustness tests also confirm that the findings of the study are statistically valid and robust.

An important theoretical, several methodological and practical implications can be drawn from the present study. The model combines the potential outcomes of the shareholder and stakeholder models of corporate governance, and brings the two models to a single platform and makes them one-faced, and hence maximises shareholder value. The empirical results provide evidence on the pragmatic relationship between ICGMs and SHV considering the effect of NESHs. Moreover, the empirical results of the study may also be useful in providing insights and supplementary direction for the regulators and the policy-makers of banks in Bangladesh for designing non-equity stakeholders’ value-oriented internal corporate governance mechanisms.